5 Gadgets That Will Change Your Life in 2015

Single board computers are amazing machines that exhibit great functionality. A single board computer can efficiently meet the need for high-density computing applications. It is even possible to build a Stingray with a certain type of single board computer. These machines are designed to do what normal computers can cost too much to do. Moreover, they are manufactured with the view to create a powerful and efficient machine that can withstand high-intensity situations.

Single Board Computers or SBC

A single board computer or an SBC is essentially a computer built on a single circuit board. Since everything is built on a single circuit board, SBCs are typically more well-integrated than normal computers. An SBC requires different components such as a microprocessor and memory to function properly. It is a higher density of integrated circuits that make the SBC possible.

An SBC does not typically rely on expansion. The best thing about single board computers is the fact that they are more cost-efficient. The lack of extra circuit boards and connectors allows for a reduced price. There are two types of SBC’s, one with slot support and another with no slot support.

These machines perform well in demanding situations. They event tend to last longer than ordinary computers because of the high-quality standards they conform to.

However, the advantages of SBCs is not confined to cost-effectiveness. In terms of size SBCs are compact, and in terms of reliability, SBCs are great. But it is important to remember that SBCs might not be suitable for the requirements of some customers.

SBCS have various industrial uses out of which one is its contribution to making industrial automation possible. Robotics also make use of this technology to function effectively.

Robotics play a significant role in simplifying the way things work. The technology of SBCs helps complex robotic systems to function. The architecture provided by SBCs provides security and ease of access by enabling LAN/WAN networks to operate. With the industrial use of automation becoming more rampant in today’s world, SBCs play an important role.

Drones also function through UAV controllers. Commercial and military drones that can withstand extreme temperatures ranging from -40 to +85C also use SBCs. Not only can the SBC be used on the drone itself but it can also be used as a base station on the ground. With an SBC on a drone, videos can be streamed via wireless radio. With an SBC as a base station on the ground, the wireless video stream can be relayed to an HDMI display easily.

SBCs are a part of vehicles that execute deep-sea exploration.

Deep-sea exploration enables the retrieval of biological and geological samples that would otherwise not be accessible. While normal computers may not be able to withstand the extreme conditions, deep-sea exploration exposes them to, SBCs do just fine.

SBCs have also been designed to withstand the tough conditions of outer space. Even radiation is bearable for an SBC that can perform complex tasks with ease.

SBCs are used in instrument controllers for satellites. They can perform high-grade computing which is often necessary for the nature of space missions. The command and data-handling requirements of space-missions are fulfilled by SBCs. Space applications require a certain level of performance which SBCs easily provide for.

SBCs are special compact machines which provide high performance. They are used in different areas which range from outer space trips to industrial automation and robotics. SBCs play an important role to enable functioning of certain machines. 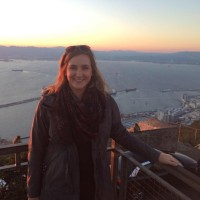 Alycia Gordan
View More Posts
Alycia Gordan is a freelance writer who loves to read and write articles on healthcare technology, fitness and lifestyle. She is a tech junkie and divides her time between travel and writing.