How Technology Is Changing the Mining Industry 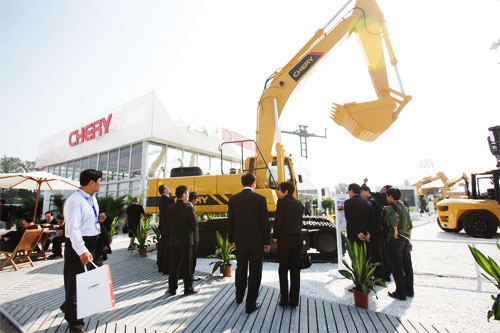 My grandfather worked in a coal mine in England. He could only work there for a very short time, because he couldn’t stand the dark and cramped conditions.

He became a carpenter instead, and spent many of his working days high up on scaffolding and roofs, underneath the big, blue sky. When I think of mining, I envision men like my grandfather: tools in hand, dirty from the coal dust, walking bent nearly in half to knock rocks out of an underground cave.

Welcome to the 21st century

Very rarely do miners walk into a mine armed with a pickaxe to hack away at minerals. Advances in robotics and computerized machinery empower mining companies to dig miles of tunnels without actually sending anyone underground.

In some cases, they can operate these machine via computer from a different city.

Jobs across the board

Not everyone who works in the mining industry labors at physical site. Many different kinds of engineers work to design the mines and the equipment, build computer systems, and concentrate on information management (which can include using infrared technology to locate problems in machinery).

That might sound counterintuitive. Environmentalists have been naysayers with regard to many types of mining, but most mining companies today are working hard to ensure their industry doesn’t completely destroy the environment. They have to respect the natural landscape and its contents in order to continue harvesting the bounty, so they work to take care of nature as well.

Despite what we see on the news, the mining industry has made great strides to ensure the safety of the workers, especially those who still go down into mines. Mining injuries and accidents have greatly decreased in recent years, although the media inevitably reports the stories that involve miners being trapped and heroically rescued (or not).

Although this does happen, it’s not as common as the media and Hollywood might lead us to believe.

Drew Hendricks
Drew Hendricks is a professional business and startup blogger that writes for a variety of sites including The Huffington Post, Forbes and Technorati. Drew has worked at a variety of different startups as well as large advertising agencies.
Previous articleThe SEO Power of the Footer
Next articleMake the Most Out of Upcycling