It does not matter if you own a business that is attractive to burglars such as a jewelry store or if you run a business that you believe is totally uninteresting to them, like a small office or a small restaurant. The fact is that in today’s increasingly unsafe world, every business is a potential target. And the burglars are getting more proficient and well-equipped. The good thing is that you as a business-owner have more at your disposal too these days. High-tech security features and gadgets have become more affordable than ever before.

Electronic locks for the doors

Everyone knows that the lock is the primary line of defense against burglars. Over the years, we have seen more and more types of locks being introduced, all sturdier than those that came before and all of them providing more and more security. Still, most of these locks have a shared weak point, so to say – the keyhole. A skilled burglar will be able to pick pretty much any lock. Well, what if you do away with the lock?

We are talking electric locks that do not feature a key of any kind, meaning they also do not feature a keyhole. Instead, these modern locks feature a numeric keypad into which you type your password in order for the lock to open. Most burglars are not equipped to handle these locks and they will most likely just give up when they see one.

In case you have ever owned a business, you have most probably had experience with an alarm system of some kind. And truth be told, those old alarm systems mostly caused more trouble than they should. They would turn on almost randomly, whenever they think that someone is breaking and entering. Often, you would find yourself opening the door, typing in the code and still having to sit through minutes of incessant blaring.

Over the years, the alarm systems have advanced and today, you can buy some very high-tech alarm systems that are ages ahead of the old stuff. They also tend to be wireless these days, meaning that it is harder for the burglar to disable them. They also offer you more options when it comes to monitoring them, with apps for smartphones and increased connectivity to your computer system.

Motion sensor lights that are installed in the vicinity of the business are an exquisite security feature because they deny the burglars something they need to get their job done – the dark. Motion sensor lights turn on whenever they sense motion and no burglar likes to work in the light. Unfortunately, older motion sensors had to be powered by a cord which could easily be severed. Also, they were not very discerning and they would turn on for just about any movement, even if it is a rat of something even smaller, which often resulted in people ignoring them altogether.

Newer motion sensor lights are not only more selective, only turning on when they sense a man-sized entity moving, but they are also much more difficult to disable. For example, you now have solar-powered sensor lights which have their own batteries that charge during the day and then provide all the power needed during the night. New, advanced batteries also allow you to have motion sensors that you can charge dynamo-style, by using your strength.

High-def Video Surveillance for Everyone

Just a few years ago, it was near impossible for a small business owner to be able to afford a video surveillance system that would provide any kind of actual security. The definition was very poor, the storing options for the video footage were limited and the cameras themselves were of very poor quality. Unless you were able to spend thousands of dollars or even more on your video surveillance systems, of course.

We talked to experts from a Melbourne-based alarm monitoring firm and they told us that for a very reasonable price, you can now purchase a state-of-the art video surveillance systems that will include a number of high-definition cameras, storage units for the footage and much, much more. High-quality video surveillance, that ultimate security feature for small businesses has finally become affordable.

To wrap things up, these are just some of the high-tech security features that business owners should be aware of these days. There are more and there are also tried and true security measures that will always work, such as steel bars, security personnel and even guard dogs. Still, technology definitely makes it easier to defend against potential intruders. 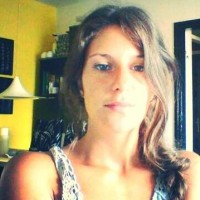 Leana Thorne
View More Posts
Leana Thorne is an experienced lifestyle and tech blogger who has contributed to a number of leading blogs in the field. She is constantly learning new things and she is always happy to share her knowledge with others.