According to the National Highway Traffic Administration, a car accident occurs every minute of every day across the United States. That means that no matter how good or careful a driver you are, accidents can still happen.
This frequency means that at some point, you are quite likely to be involved in an accident no matter how minor. Despite this, how many of us actually know what to do should we be involved in a crash? Not many.

Knowing what to do in a car accident is important for a number of reasons. It reduces the chance of injury or further damage than that which has already occurred. It means that we follow the correct reporting procedure that should be adhered to after a crash and it also strengthens our position for any legal battles that might come as a result of the incident.

Steps to Take After a Car Accident

Here are seven steps to follow if you are involved in a car accident.

1. Stop immediately and move your vehicle to a safe place if possible

The first step to take after a car accident is to stop immediately. Leaving the scene of an accident is a serious crime with various punishments depending on the state you are in. In Florida for example, you could be hit with a fine of up to $500 and up to 60 days in country jail.

If possible, move your car off the road to a safe spot. You should never wait in a car after an accident. This is particularly important when an accident or breakdown happens on the freeway, where this is a danger that another vehicle could run into you at high speed. Getting yourself to an area where further risk is limited, so you are safe from harm is the number one priority.

2. Warn other road users of a problem

You can help avoid further problems being caused by your breakdown or accident by warning other road users about the issue. At the most basic of levels, this involves switching on your hazard warning lights. If the road is partially or completely blocked, turn on your headlights and try to direct traffic around the problem until the police arrive.
Your help in this regard is particularly important at night, in bad visibility or if the accident has taken place on a corner or blind spot. If it’s dark, you can use a flashlight to try and alert people to the problem, which is just one of the many reasons why you should always carry a torch in your car at all times.

Damage to the vehicles involved in the accident is superficial compared to the potential injury to a person that a crash can cause. Check everybody involved to ensure that there are no injuries – even something that seems minor at the time like a slight ache in the neck can develop into something more serious such as whiplash after a few hours.
If anyone appears to be injured, then immediately call for an ambulance. If the crash is a serious one and somebody needs removing from a vehicle, then you need to contact the fire department or the police. Some highways have motorist aid call boxes located on them which offer a direct line to the local emergency services should you not have a cell phone with you or be in an area of poor coverage.

You should only give first aid to an injured party if you are qualified to do so. Never move an injured person unless it is to get them out of the way of further harm, as doing so can cause more damage and never leave them on their own either. Ensure they are warm and comfortable by covering them with a blanket or coat until an ambulance arrives.

4. Decide whether it is necessary to call the police

If there is no injury or damage to property, then it is up to you and the other party involved as to whether you report the accident to the police. Should one or both of you decide that you want to do this, then do not say anything that could be seen as an admission of guilt – even if you know it is your fault!

Don’t agree to pay any damages or sign any papers without speaking to your insurance company or an attorney, except for a traffic ticket which you must legally sign. It’s up to the police and the insurance companies to decide whose fault the accident was.

Take the details of any witnesses to the accident who may be able to corroborate your version of what happened with the authorities. Write down all the registration details of the vehicles on the scene at the time and ensure you get the name, address, vehicle registration certificate, driving license and insurance details of the other party involved. Note also the name and badge numbers of any police who attend the scene.

6. Report the incident to your insurance company

You should report all accidents to your insurance company, even if you don’t intend to make a claim. They will ask you to fill out an accident report form which should be returned in writing as soon as possible.

After reporting the incident to your insurer, you may also wish to consider legal action of your own if the accident has had a detrimental impact on your personal life. It can be worth speaking to a legal expert such as Attorney Keith Williams who can advise you on where you stand with regards to a potential claim.

7. Keep your documents relating to accident safe and organized

You should keep all your documents relating to the accident safe and organized for anything up to 10 years after the actual crash. That might seem excessive, but it’s not unusual for issues stemming from an accident to come years after the incident occurs, if, for example, the other party aren’t happy with the amount of compensation offered.

Some attorneys will actively seek those who have been involved in an accident to assist them in claiming for damages some time after the event, in which case you’ll find it much easier to defend yourself against a potential claim if you have all the documents relating to the incident in an organized file. 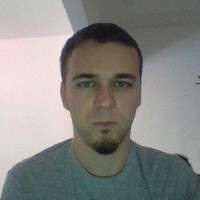 John Stone
View More Posts
John Stone is a home improvement enthusiast with a keen interest in all things DIY, home design and latest developments in technology. He is also an avid Formula 1 fan who tries to enjoy life to the fullest.